Home Geology Dew in the atmosphere 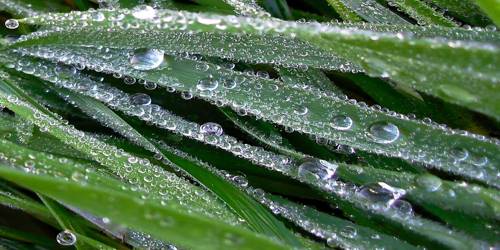 When the moisture is deposited in the form of water droplets on cooler surfaces of solid objects (rather than nuclei in the air above the surface) such as stones, grass blades, and plant leaves, it is known as dew. The ideal conditions for its formation are the clear sky, calm air, high relative humidity, and cold and long nights. 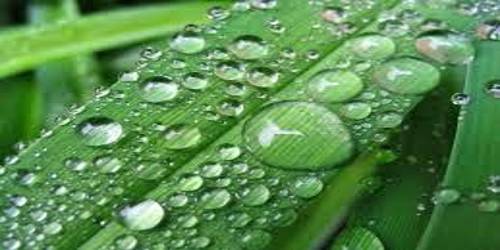