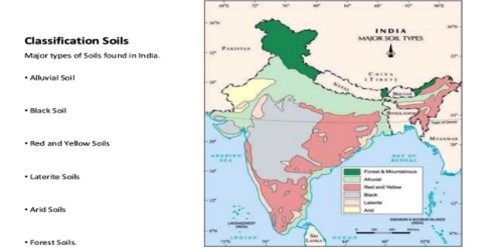 India has varied relief features, landforms, climatic realms, and vegetation types. These have contributed to the development of various types of soils in India.

In ancient times, soils used to be classified into two main groups – Urvara and Usara, which were fertile and sterile, respectively. In the 16th century A.D., soils were classified on the basis of their inherent characteristics and external features such as texture, color, a slope of land and moisture content in the soil. Based on texture, main soil types were identified as sandy, clayey. silty and loam, etc. On the basis of color, they were red, yellow, black, etc. 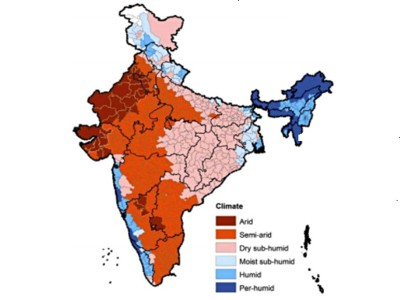 Since Independence, scientific surveys of soils have been conducted by various agencies. Soil Survey of India, established in 1956, made comprehensive studies of soils in selected areas like in the Damodar Valley. The National Bureau of Soil Survey and the Land Use Planning an Institute under the control of the Indian Council of Agricultural Research (ICAR) did a lot of studies on Indian soils. In their effort to study soil and to make it comparable at the international level, the ICAR has classified the Indian soils on the basis of their nature and character as per the United States Department of Agriculture (USDA) Soil Taxonomy. 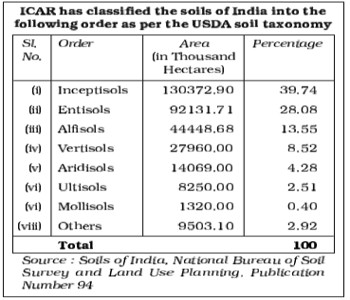 On the basis of Genesis, color, composition, and location, the soils of India have been classified into: