Rabindranath Tagore was born in 1861 in a respectable family at Jorasako in Kolkata. He was the 14th child of Debendranath and Sarada Devi Tagore. He went to school early and wrote his first verse at the age of eight. At the age of seventeen in 1878 he reached London to attend school. He was put up in a lodging house under the care of a professional coach, a Mr. Soctt. There he came in direct touch with English literature and the then politics of U.K. He gathered much experience from his stay in London. The experience had a lasting effect on his later life. In 1880, Rabindranath was called back in India. He returned home without any qualifications of distinction. However he never gave up his habit of writing poetry. It continued in full swing. He wrote Gitanjali, a collection of Bengali songs of superior quality. He was awarded the Nobel Prize in 1913 for his Gitanjali. 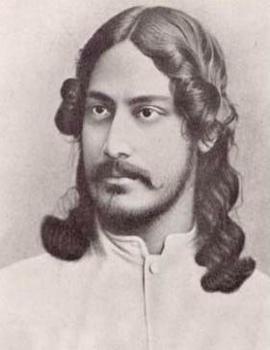